Jacob L. Vigdor will be joining the Evans School as a professor of public affairs in Autumn Quarter 2014. He will arrive at the University of Washington following 15 years of service on the faculty of the Sanford School of Public Policy at Duke University. Professor Vigdor holds affiliations as a research associate at the National Bureau of Economic Research, an adjunct fellow at the Manhattan Institute for Policy Research, and an external fellow at the Centre for Research and Analysis of Migration at University College London.

Professor Vigdor has published more than 60 scholarly articles and reviews on a range of topics in social policy, including education policy, immigration policy, housing policy, and racial and economic inequality. With co-authors, he has twice been awarded the Raymond Vernon Memorial Prize for best article published in the Journal of Policy Analysis and Management. His 2009 book, From Immigrants to Americans: The Rise and Fall of Fitting In, received the IPUMS Research Award for Best Use of Historical Census Data. His work has also appeared in theJournal of Political Economy, the Review of Economics and Statistics, Child Development, the Journal of Public Economics, the Journal of Human Resources, and a range of other outlets spanning multiple disciplines. He is currently at work on a project evaluating the impact of the civil rights movement on racial inequality along multiple dimensions, correcting for economic dislocations brought about by the unrelated forces of trade and technological change over the past half-century.

Professor Vigdor's commitment to conveying the insights of research to the policy community and the general public is evidenced by his publication of op-ed articles in outlets including The Wall Street Journal, the Los Angeles Times, the Atlanta Journal-Constitution, and the Boston Globe. He has assisted the U.S. Department of Justice in cases of alleged housing discrimination and testified in a Texas school finance lawsuit in 2012. He has addressed school boards and education officials in numerous states and nations, and advised the North Carolina Governor's Office on matters of educator compensation. He has also served on numerous advisory, governing, or editorial boards.

At Duke, Professor Vigdor served a four-year term as director of the Ph.D. program in public policy and chaired the university-wide Provost's Advisory Committee on Appointments, Promotion, and Tenure. He taught a range of courses on microeconomics and research methods, served on two dozen doctoral dissertation committees, and advised 32 masters or undergraduate theses. He also served alternately as bassist, guitarist, or drummer for the Sanford School's informal in-house band. 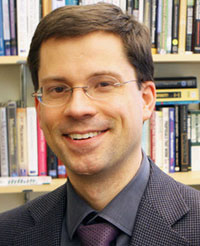