MaryEllen Elia is the New York State Commissioner of Education and President of the University of the State of New York (USNY). In this role, she oversees the work of more than 700 school districts with 3.2 million students; 7,000 libraries; 900 museums; and more than 50 professions encompassing nearly 900,000 licensees. A native New Yorker, Ms. Elia has nearly 50 years of experience as an educator and is New York’s first female Education Commissioner.

Prior to her appointment in New York, Commissioner Elia served for ten years as superintendent of schools in Hillsborough County, Florida. In Hillsborough, which includes Tampa and is the nation’s eighth largest school district, she successfully implemented higher learning standards, partnered with teachers to develop a comprehensive evaluation system, and earned national recognition for gains in student achievement. Ms. Elia has been honored for her work, both in Florida and on a national stage. In 2015, she was named Florida’s Superintendent of the Year, received the AASA Women in School Leadership Award from the School Superintendents Association, and was one of four finalists for the National Superintendent of the Year award.

Commissioner Elia was born, raised, and attended school in Western New York. After graduating high school in Lewiston, NY, she earned her Bachelor of Arts degree in history from Daeman College (formerly Rosary Hill College) in Buffalo, a Master of Education from the University of Buffalo, and a Master of Professional Studies from SUNY Buffalo. In 1970, she began her career in education as a social studies teacher in the Sweet Home Central School District (in Western New York) and taught for 19 years before moving on to positions as a school and district administrator. 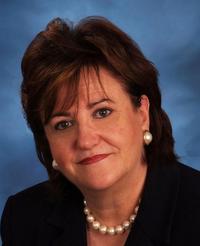